Berlin, Winter 2010. I have been living in Europe’s capital of Freedom for already a year and half. I finished my studies on International Relations that first brought me there, a crazy Summer has been well enjoyed and I feel the need to be part of something that keeps me moving as a journalist and as a person who always has been involved in different grassroots movements. I’m doing some researches on the internet: English, journalism, activism, Berlin. There it goes!

Happily within a few days, I have the confirmation: I have been elected to participate in the training course called ¨STREAM IT! – Social inclusion through new media” organized by Mašta, an international open platform that experiments with subversive ways to address social-political problems and to inspire old and mobilize new forces for social change. 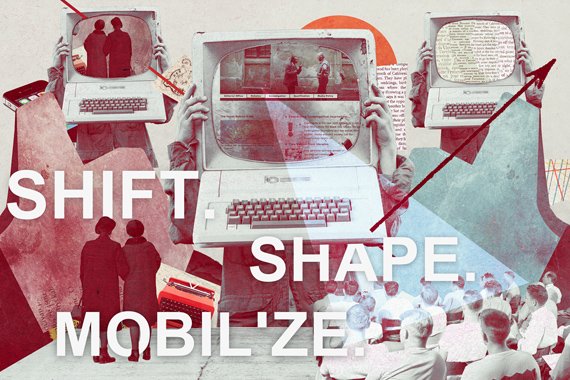 After an immersed 10-day experience, I joined Masta. Till today. If I look back: two magazine issues, a digital handbook and several workshops –one focused on alternative media to communicate activism that I co-organized in Madrid— I realized that, already in 2010, we were talking about a Fortress Europe (and the migrant situation in Calais), people’s protests in Kurdistan and web documentary as a new narrative tool to conquer the Internet. Issues that were once addressed a long time ago on non-mainstream blogs or on the streets by activists are now ever more present on the daily TV news that we watch during dinner.

The shift was noticable after a wave of protests in 2011, making it clear that today social media discourses and anonymous cyber-collectivities are able to alternate the set-up of media agendas and introduce issues and characters that used to be out of the massive communication channels.

WOMEN DEFINNING THEMSELVES ON THE MEDIA

As a media professional and a critical woman, I am tired of seeing how the feminine figure on mainstream media is normally badly portrayed, either in obvious ways like all female football reporters are always young, good looking and sexy while their masculine partners are normally, not graceful at all, sports fanatics or less obvious ones like using mild language when it comes to gender violence cases.

For a few of years now, we are starting to hear strong critical discourses which are comming from social media like Twitter and blog platforms, where those women have been active for a long time. Turning now into leading (new) media that mobilizes thousands of followers, readers, supporters, but most importantly, infinite reactions to their publications sparking discussions on issues previously non-existing on usual media. Sex, hidden machismo behaviors, lesbianism, power abuse in a professional environment or sexual roles on kids` educations are massively shared among feminine and masculine social media users, and even transcends the online borders for being discussed within family during the sobremesa. Finally!

One of the cases that must be highlighted in Spain is the one of the collectives behind PIKARA MAGAZINE who started as a blog written by a female journalist with strong belief of journalism as social change tool and was convinced that as a journalist, they are not in the world for talking just about what the media thinks the news is. That’s why they talk about gender sexuality and violance, about women migrants, aged women… But always trying to do it fresh and positive.

This way, they have managed to become the reference on social media for feminists (and for machista man, but for other reasons), they are referred on other mainstream media, their writers are national journalism prize winners and their website is a bank of knowledge for anyone who wants to get informed on feminism related issues. Indeed, its Twitter profile reached 18.5K followers.

But most importantly, Pikara or other bloggers like Feminicidio.net are part of the engine that has fueled a newly impulsed feminism era in Spain. Impulsed by a young generation of women, that may not even have started university but they jump to the street to attend the demonstrations to re-vindicate their sexuality freedom, their right to decide on abortion or to fight against gender violance.

Similar impacts have had in Spain other social media initiatives like @ #vivasnosqueremos or #niunamenos, revolutionary female movements started in Latin American countries such as Mexico, Aregentina, Chile or Uruguay, were feminized is a bleeding social problem that is ending with hundreds of thousands of women assasinated just for the fact of being women.  This interactive map elaborated by the Deutsche Welle (2014) shows the panoramic on the different countries in Latin America.